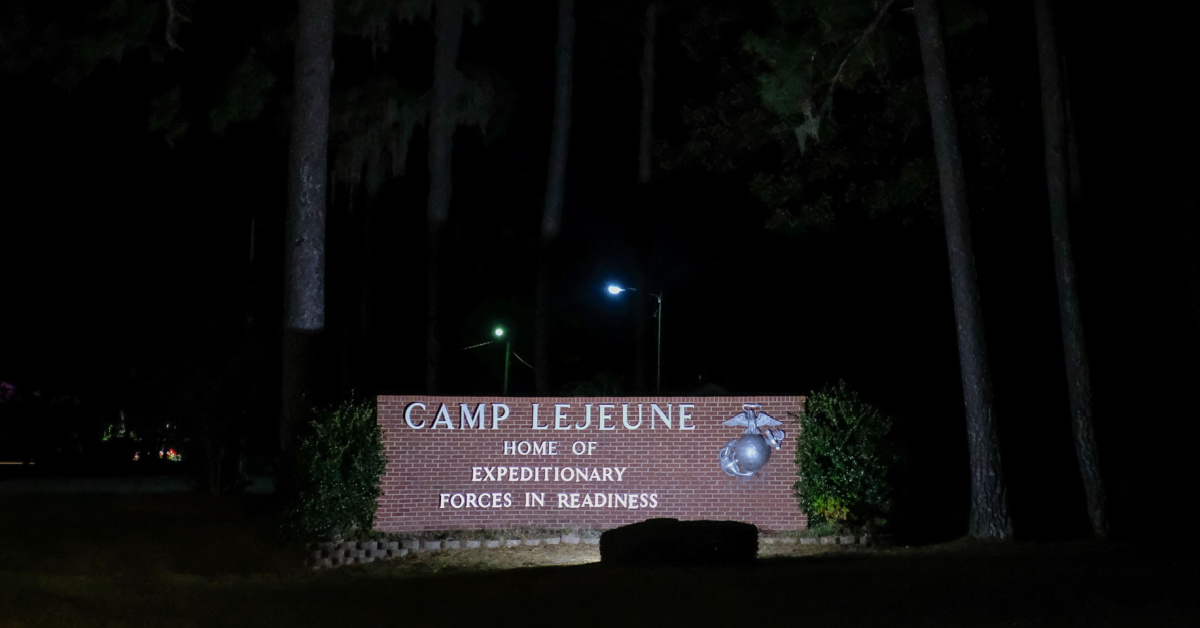 Built in 1941 in Jacksonville, North Carolina, Camp Lejeune is a military training facility that is still an active Marine Corps Base today. However between 1953 and 1987 the marines and their families who resided on base were exposed to harmful chemicals in the water supply. Nearly one million marines and their families were poisoned with volatile organic compounds like trichlorethylene (a metal degreaser), perchloroethylene (a dry cleaning agent), benzene, and vinyl chloride. It is believed that the water at Camp Lejeune had concentrations of these volatile chemicals of up to 3400 times the levels permitted by safety standards.

In 2010 the first veteran from Camp Lejeune was granted 100% disability rating due to the cancer linked to the toxic water exposure while he was there. Though there were signs in the 1980s that the water contamination was causing illnesses, this was the first time the US government admitted there was a link between the water and the illnesses those who served on the camp developed.

Now that the link between the contaminated water and the illnesses developed by those who served on base, many government initiatives developed to right the wrongs that have been done have begun to gain traction. Passed in 2012, the Janey Ensminger Act assigns the VA to give medical care to the victims of Camp Lejeune and the fifteen diseases that are associated with the water toxicity. The act is named after Janey, the daughter of an engineer who worked at Camp Lejeune. Janey, after growing up on the camp, died of cancer at the age of nine.

There are many symptoms that are associated with exposure to the toxic water of Camp Lejeune, but there are also many diseases that can develop from that exposure. The following are diseases that the VA will most likely connect to service at Camp Lejeune. This means you will receive a disability rating dependent on the severity of your symptoms.

You can also be eligible for cost-free healthcare from the VA if you have any of the following:

If you served at Camp Lejeune between 1953 and 1987 and don’t have any of the conditions listed, you might still be eligible for medical care through the VA. The VA states on their website: “Presently, these conditions are the only ones for which there is sufficient scientific and medical evidence to support the creation of presumptions; however, VA will continue to review relevant information as it becomes available. Veterans experiencing other health conditions that they think may be related to contaminated water at Camp Lejeune are encouraged to contact their primary care provider and file a claim.”

If you would like to learn more about the VA and their policies when it comes to Camp Lejeune, Click Here!