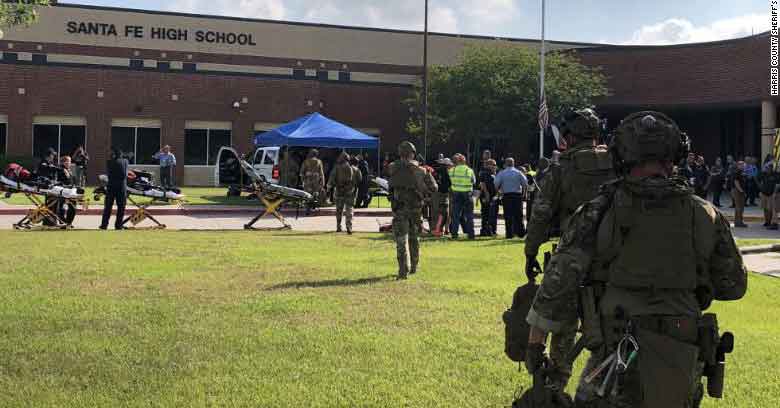 There is a truly sad piece of news from a high school in the southeastern Texas city of Santa Fe. Today there was a mass shooting at the school and at least eight people have been killed, most of dead were students at the school. Witnesses to the event described how the students ran from the school as an alarm rang, though the sequence of events was not immediately clear. A male suspect who is believed to be a student has been arrested. News reports have indicated that a second student has also been detained in the incident.

This is the third school shooting in eight days and the 22nd since the beginning of the year.